If we were to fill a time capsule for 2020, it would be jam-packed with everything from activity packets to fish fry to 209 acres of land. Please enjoy some of this year’s highlights in conservation.

In April, over 100 Coho fry were discovered in Cascade Creek at Coho Preserve; a fabulous find almost five months after the first sighting of spawners in the creek. More good news followed in July when local consultant Jenny De Groot, volunteer Jerry Weatherman, and Land Bank staff Kayla Seaforth and Peter Guillozet completed an annual fish survey in the lower section of the creek. Among the six different species found were 177 Coho salmon (Oncorhynchus kisutch), as well as 11 Coastal cutthroat trout (Oncorhynchus clarki clarki). The return of these native fish to this protected spawning area gives us hope for their future in the islands. 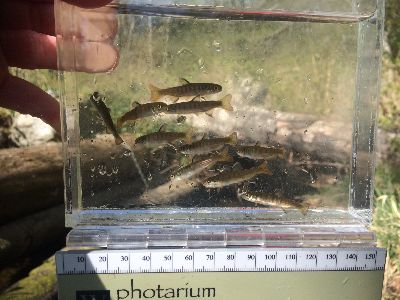 In fall 2019, the Land Bank installed a nesting platform at Lopez Island’s Weeks Wetland Preserve with the hope that in spring, returning Ospreys would take up residence. Around mid-April, Osprey started returning to Lopez and in mid-May, the first sighting was reported at Weeks Wetland. Many thanks to wildlife biologist, Jim Kaiser, who identified Weeks Wetland as an ideal site for the platform. 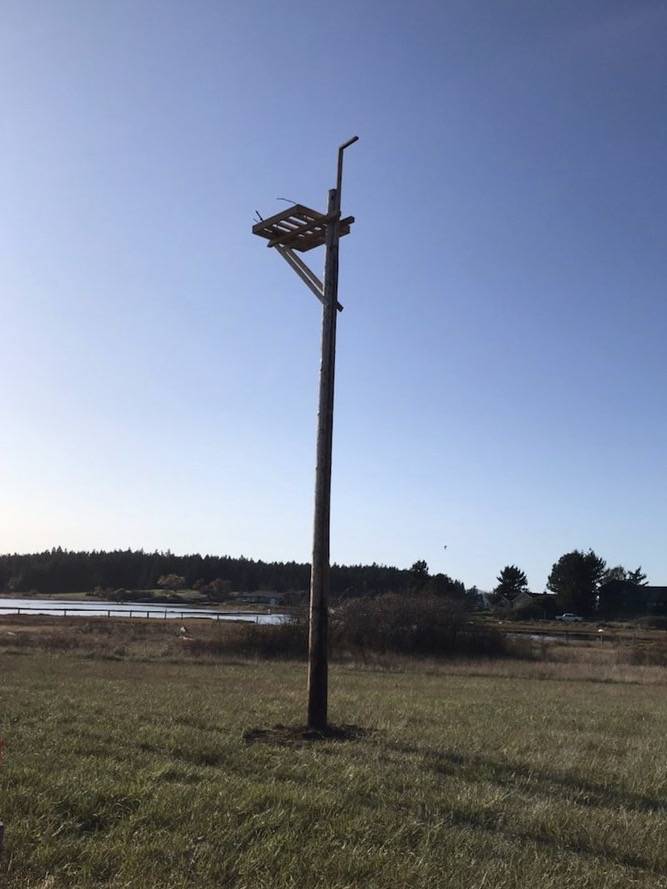 Turtleback Mountain Preserve Addition – Orcas Island
In a year of uncertainty and challenge, your Conservation Land Bank was the recipient of an amazing donation. In July, the Land Bank and San Juan Preservation Trust announced the acquisition and permanent conservation of a 36-acre addition to the Turtleback Mountain Preserve on Orcas Island. Concurrently, an adjacent six-acre parcel was returned to the Lummi Nation. Purchase of all 42+/- acres (total) was prompted by the vision and generosity of Malcolm Goodfellow, whose $5.2 million gift is thought to be the largest charitable cash donation in San Juan County history. 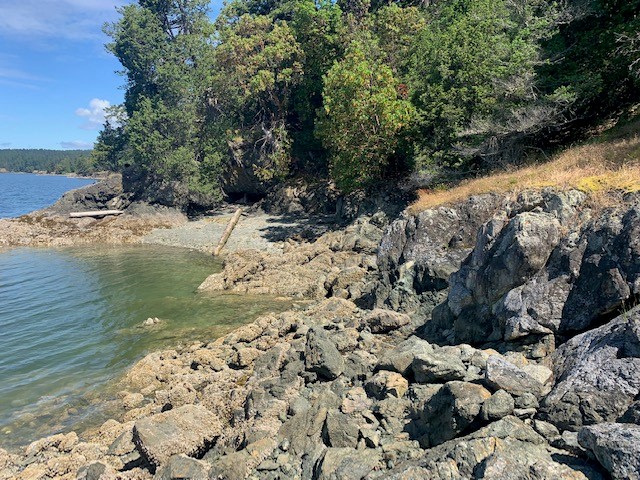 Pocket beach on west side of Haida Point

Spencer Spit Addition – Lopez Island
In 2019 the Land Bank purchased 10 acres in a bargain sale with the seller, Rick Strachan, donating proceeds to the Lopez Community Land Trust (LCLT). In December, Mr. Strachan generously doubled down on donations by gifting an adjacent 10-acre parcel to the Land Bank and still donated funds to the LCLT! The Land Bank will work with Washington State Parks to manage the property as an extension of Spencer Spit State Park, allowing passive recreation only with no facilities or camping. 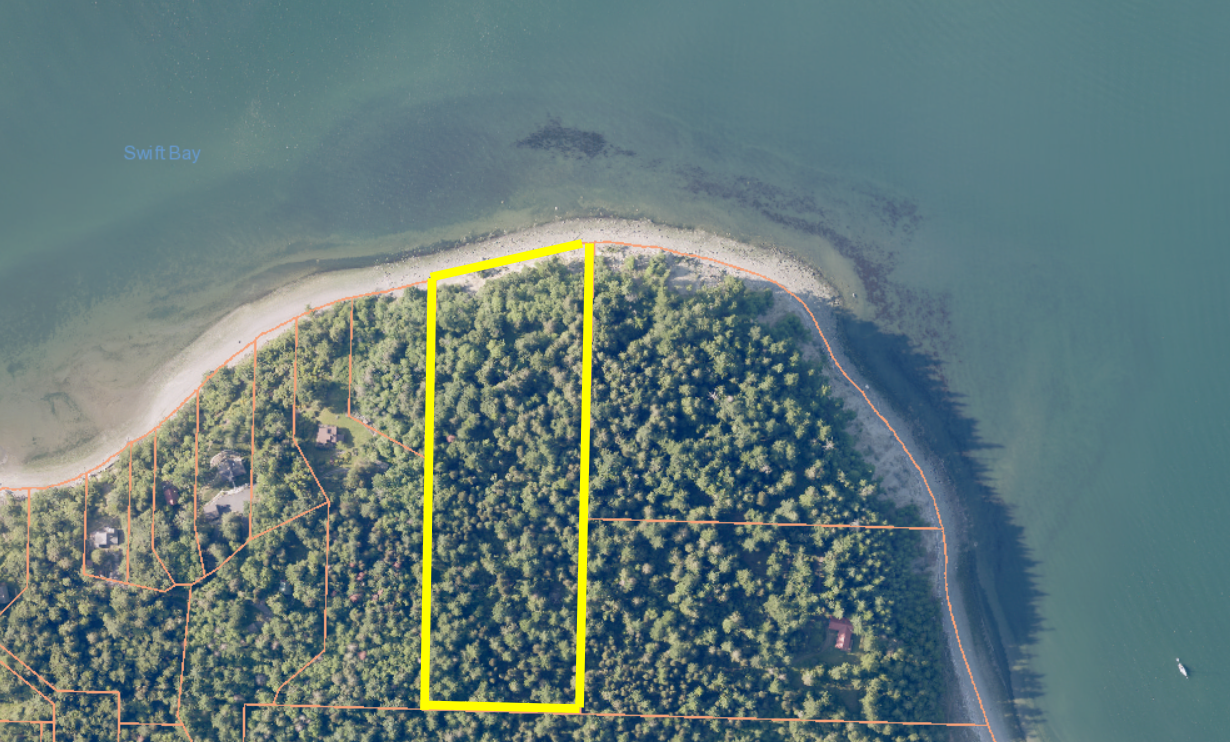 Double R Bar Ranch Conservation Easement – Lopez Island
The Double R Bar Ranch is a 130-acre working farm located in the Center Valley of Lopez Island. Along with grass-fed Suffolk lambs and Murray Grey cattle, the property possesses significant wetlands and upland fields, and hosts a bevy of winter waterfowl. In March the iconic farm was permanently protected via a conservation easement. 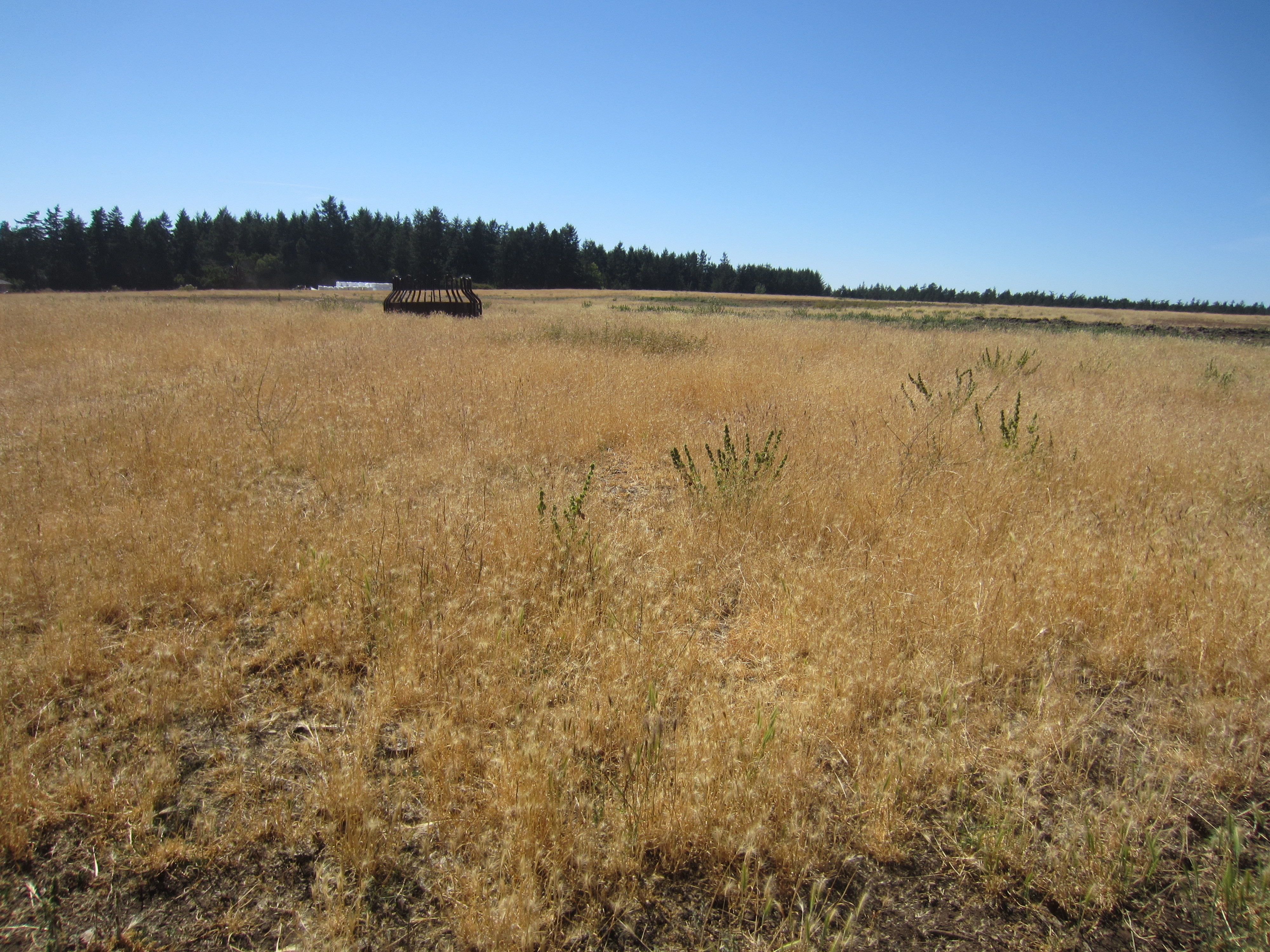 Ihiya Biological Reserve Conservation Easement – San Juan Island
In April, the Land Bank acquired a conservation easement from the Ihiya Biological Reserve. The Reserve is adjacent to the Town of Friday Harbor’s Trout Lake property and near the King Sisters Preserve. It’s 33 acres features wetlands, fields and forest and, like most Land Bank Preserves, allows public access on trails. 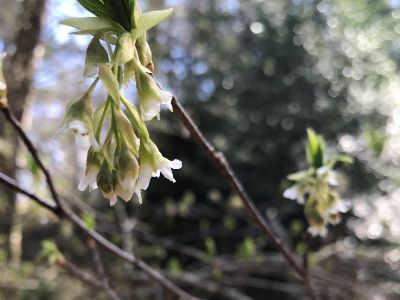 While we know public lands are an important part of a healthy community, this year really drove the point home. We were fortunate that Land Bank Preserves were able to remain open despite other public land closures, allowing our community access to nature close to home, especially when nothing else seemed normal. In a happy coincidence, two preserves, (Zylstra Lake and Channel) on two different islands, opened for public access within months of one another, providing our community three more miles of public trails.

If you haven’t had a chance to explore Zylstra Lake Preserve on San Juan Island, or Channel Preserve on Lopez Island, click on the YouTube links below to enjoy a virtual tour. 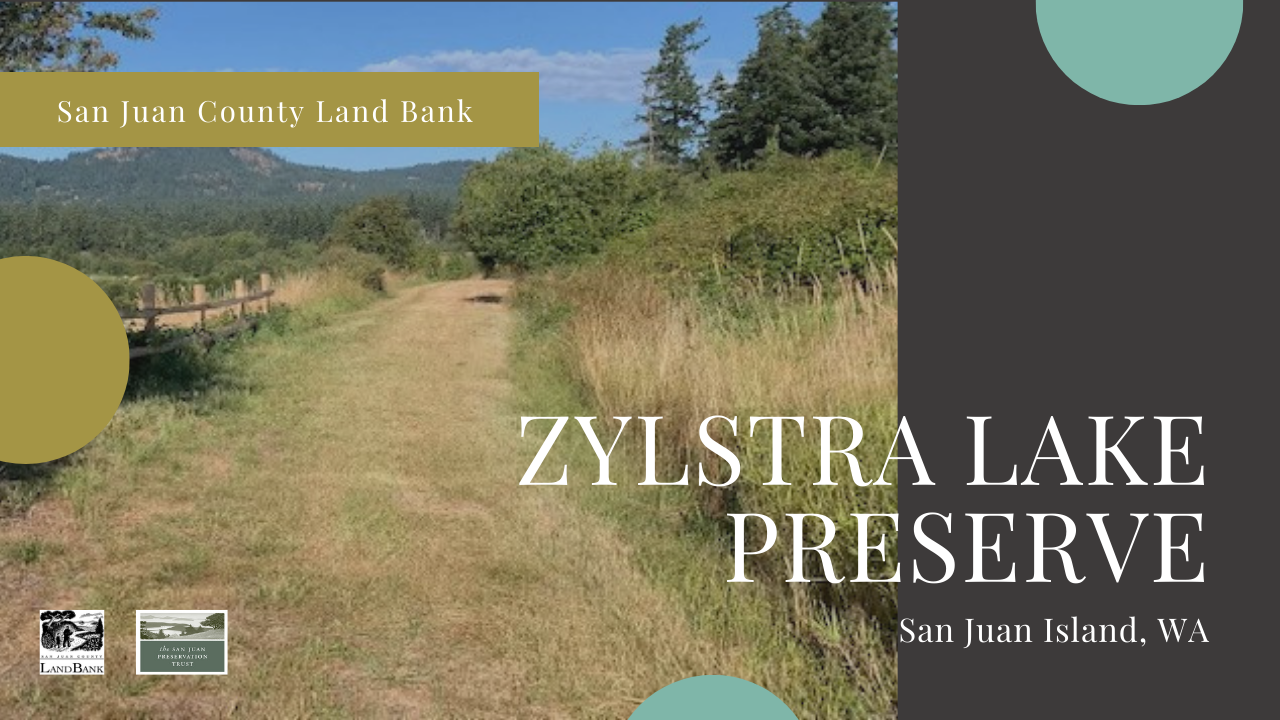 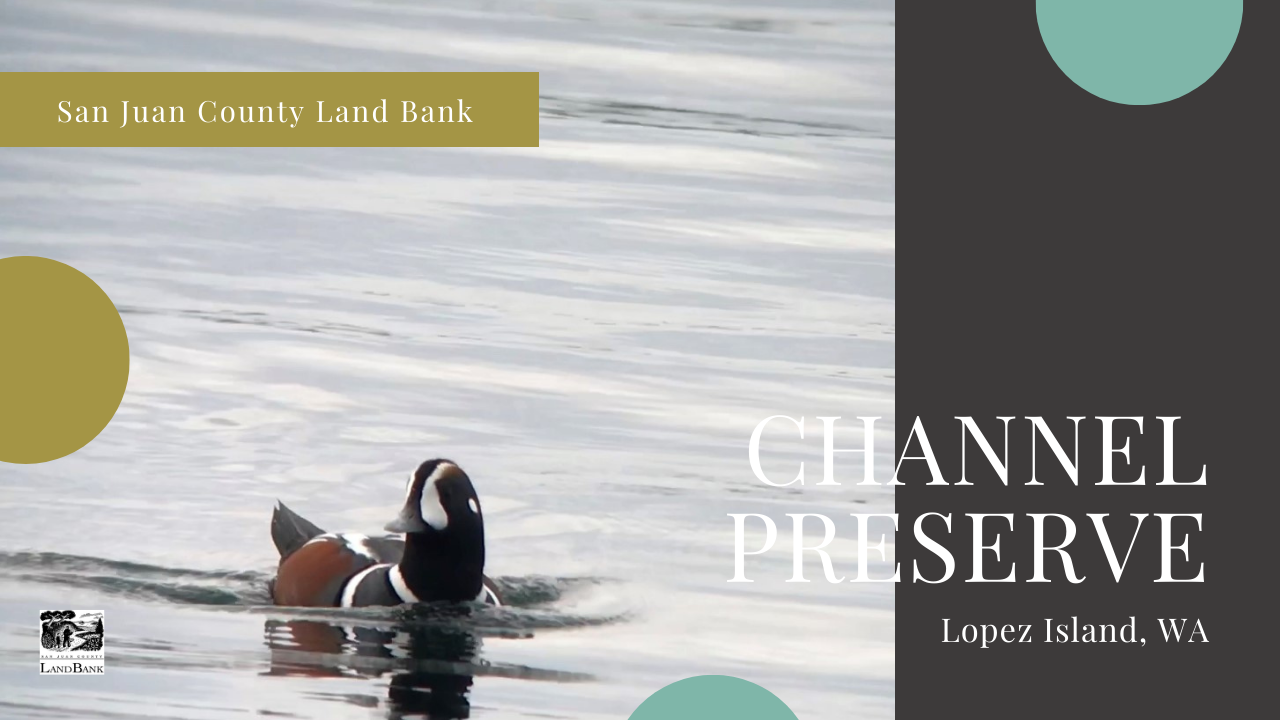 The Salish Seeds Project Native Plant Sale Goes VIRTUAL
2020 threw wrenches into the majority of our events, but with a little help from 21st century technology, garden enthusiasts on Lopez, Orcas and San Juan Island were still able to procure locally grown wildflowers native to San Juan County. From their couches, no less!

Many of the plants grown in the nursery are hard to obtain commercially and are uncommon even in the wild. Most are showy, great for native pollinators, and drought-tolerant. Sale offerings included harsh Indian paintbrush, camas bulbs, Canada goldenrod, and Henderson’s checkermallow. Over the course of the one week virtual event, a total of 4,014 native plants produced by The Salish Seeds Project found homes in local landscapes. 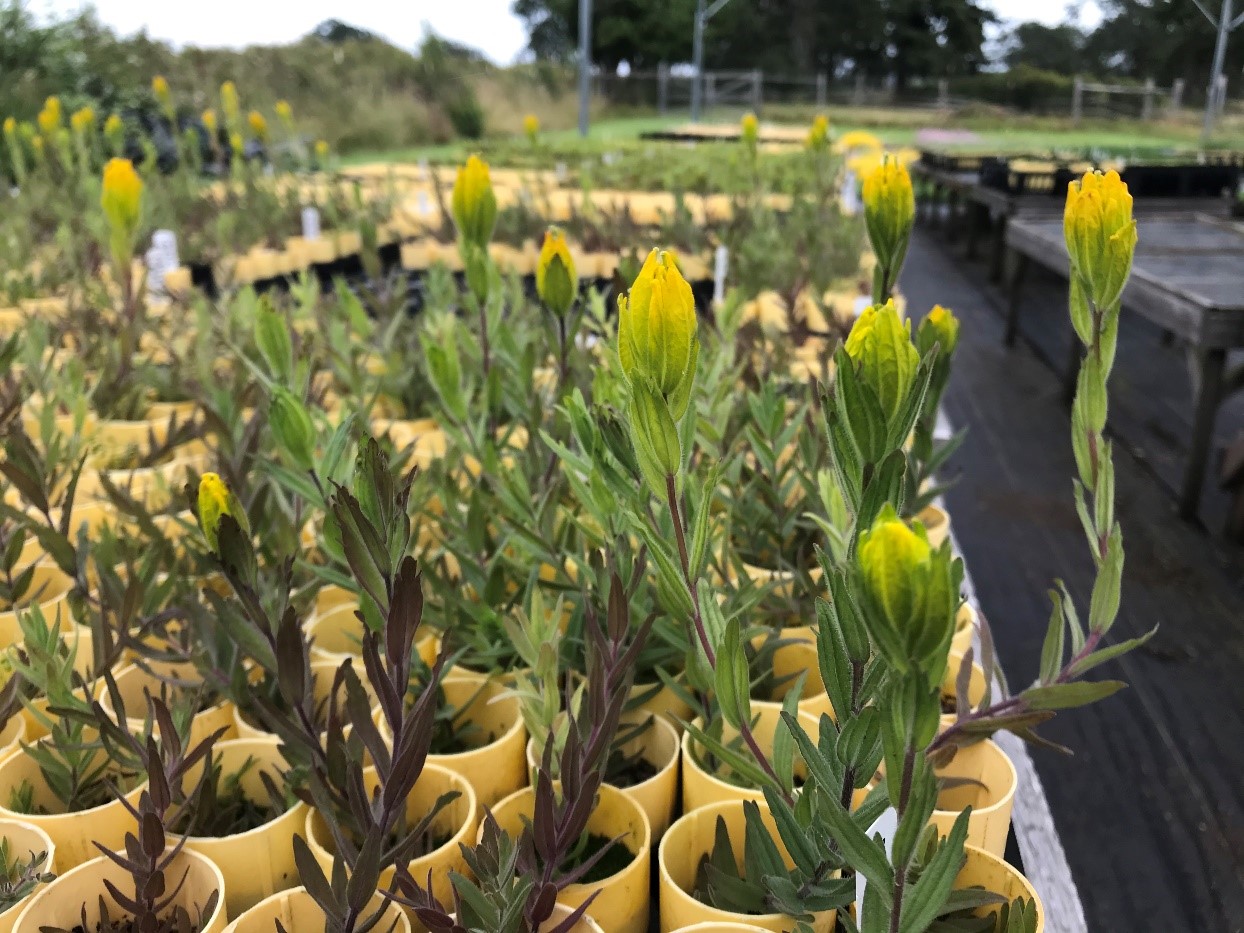 A Moveable Feast
The green and white butterfly known as Island Marble (Euchloe ausonides insulanus) has been on the minds and lips of biologists, land managers and private landowners in the archipelago leading up to its listing as an endangered species this May. The butterfly is endemic to the San Juans, Vancouver Island and the Canadian Gulf Islands, though at present the only surviving population known is centered on American Camp, San Juan Island. The move to list the island marble as an endangered species opened up federal funding to support recovery efforts on San Juan and Lopez Island, and the U.S. Fish and Wildlife Service awarded the Land Bank a grant to set up an experimental habitat creation project at three of its preserves over the course of the next three years. read more… 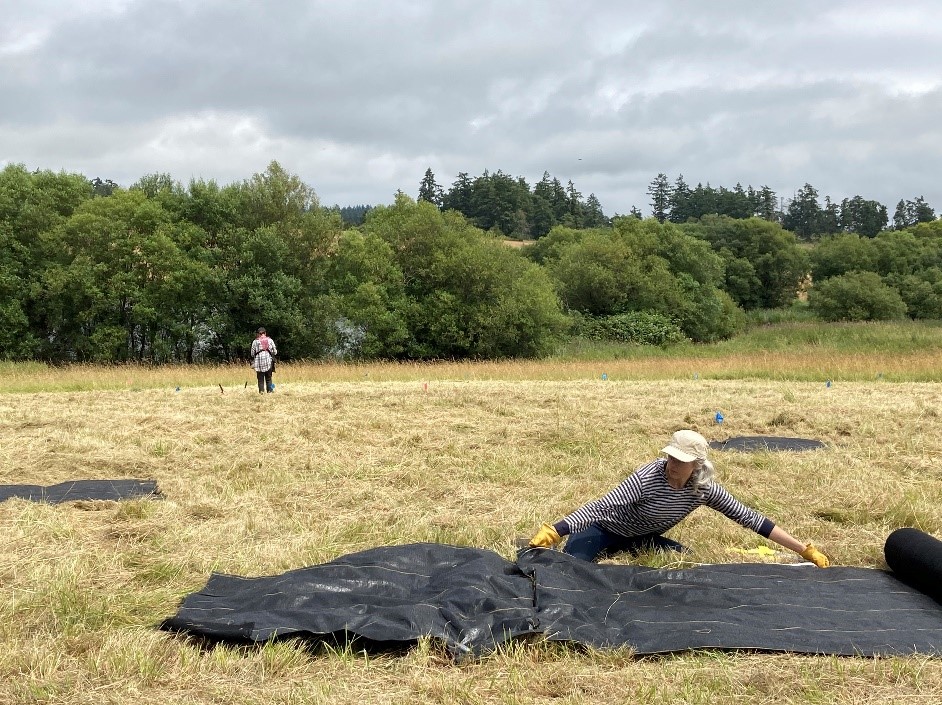 Your Conservation Land Bank turned 30 this year and celebrated with a multi-island exploration. We teamed up with the Lopez, Orcas, and San Juan Island libraries to create fun and engaging activities for island families to enjoy outdoors. Although it launched as a summer activity, any time is good to learn stories of your public lands, and imagine some of your own! 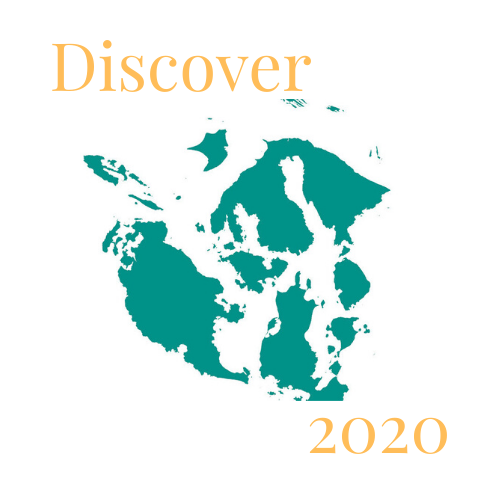